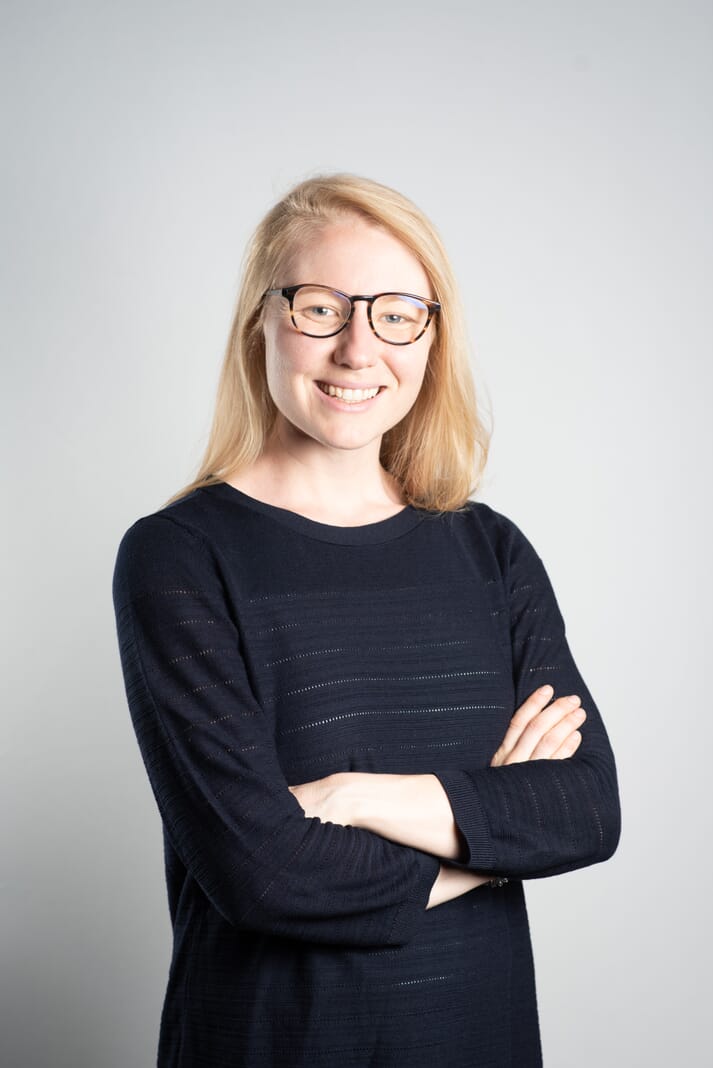 Jen Lamy, who manages Good Food Institute’s cross-programmatic sustainable seafood initiative, believes that both plant-based and cellular seafood have a bright future – both in terms of providing consumers with an ethical alternative to traditional seafood and in terms of feeding a growing global population.

GFI might be a nonprofit working internationally to accelerate alternative protein innovation, but she is also aware of the potential perils and pitfalls of these fledgling sectors.

Who are the most promising contenders among both cell- and plant-based seafood producers?

Because the space is still pretty small and because the seafood industry is so varied, every single company in the alternative seafood sector is doing something unique and every single company is a strong contender to really lead the industry. Startups are taking on a range of species and product forms across production platforms, making each of their contributions to the industry truly unique. There is no clear leader in the space, but we might see some gaining stronger market shares than others in the next few years, as retail and foodservice rollouts continue to ramp up.

A few recent highlights worth mentioning include: Novish launching their plant-based fish burgers and fish sticks in quick service outlet Nordsee locations across Europe and cultivated seafood maker BlueNalu just signed two exciting MoU’s, one with Mitsubishi Corporation and one with Thai Union.

That being said, every single company in the space is doing something exciting — if you look for news on any of them, you will find announcements about major investments, product tastings, retail partnerships, and more. Cultivated salmon producer Wildtype has been putting out some stunning photos recently.

On the other end of things, there is some great leadership happening in the conventional seafood industry as well. Thai Union is both producing their own plant-based seafood products and partnering with alternative seafood startups like BlueNalu. Bumble Bee Foods has a joint venture for distribution with plant-based seafood maker Good Catch. The more commitment we see from the established seafood industry to producing fish and shellfish in new ways, the more capital (and manufacturing capacity) the industry can access.

What are your thoughts on the pros and cons of cultured vs plant-based seafood?

There are benefits to both and I think they will each play a role in the future of seafood. One particular draw of alternative seafood is a potential gap in seafood supply relative to demand in the coming decades. With wild fishing on the slight decline and aquaculture growing (but not rapidly enough to meet projected demand from growing population and incomes), alternative seafood can supplement conventional seafood. There really is room for everyone.

Consumers might choose plant-based or cultivated seafood based on specific dietary needs or preferences. For example, some avid seafood fans might prefer cultivated seafood because it is genuine fish or shellfish tissue. Others with allergies to conventional seafood will have to go with plant-based seafood to get the culinary experience of seafood without the allergens. Once the market scales, consumers will be able to buy the seafood products they love without the risk of contamination or species fraud. 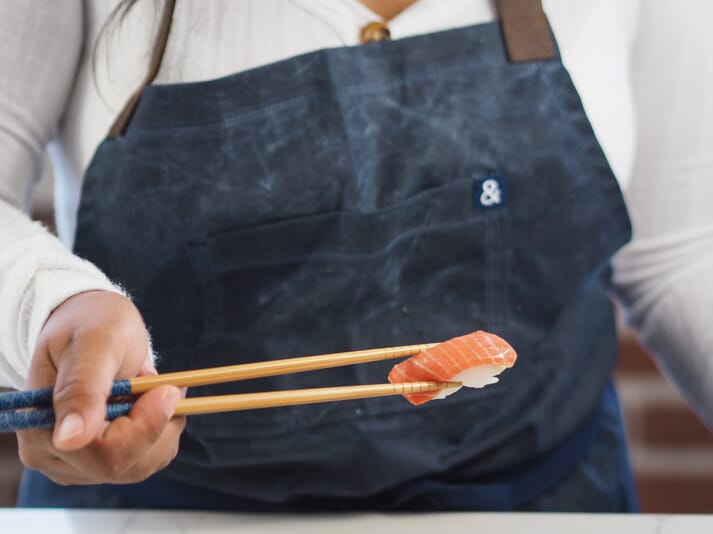 I should also mention that we imagine a future where there is less of a distinct line between the two production platforms and alternative seafood products fall somewhere along a spectrum of plant-based and cultivated seafood. For example, we could certainly see a plant-based tuna product with cultivated fat on the market in the future. We’re also seeing increased adoption of fermentation technology in alternative protein generally, either as the main production technology or as functional ingredients.

What are the current challenges?

We are still very much in the early days of alternative seafood.

GFI did some US consumer research at the end of last year and found that – as expected – taste is table-stakes for alternative seafood. There is still pretty low awareness of the category but once consumers learn more about plant-based and cultivated seafood, about a third are open to trying each category. The primary consideration for getting consumers into the market is taste, and once that is achieved, environmental and health benefits can further expand the consumer base.

Why is alt seafood lagging behind other alt proteins?

There are a few reasons why alternative seafood is still a smaller category than alternative protein broadly. Plant-based seafood is about one percent of the US retail market for plant-based meat.

A few reasons include:

I should mention, however, that the cultivated seafood industry is really accelerating. There are now several companies demonstrating proof of concept and great investment moving into the space.

Also, alternative protein is making a big splash and growing rapidly, but we are still in the early stages of the industry broadly. 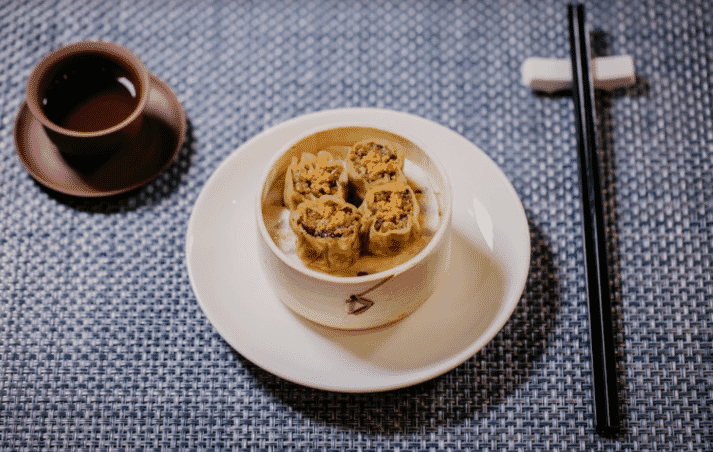 How you would like to see the sector develop in a manner that enables it to make a meaningful contribution to providing nutrition to a growing global population?

This is difficult to predict but we could see a few ways that this could happen:

Do you think cell and plant-based seafoods can provide livelihoods to a wide range of individuals, not just the big corporations?

Definitely. While we can’t fully predict the future, we could certainly imagine a world where a wide range of individuals is involved in the development of alternative seafood. The companies producing seafood for consumers will likely range from large corporations to small craft seafood producers. Beyond that, there are other ways that a range of livelihoods could be provided throughout the supply chain. For example, some alternative seafood products are taking advantage of seaweed ingredients for the sensory and nutritional profile of conventional seafood. Seaweed cultivation is just one of many livelihoods that could support alternative seafood and coastal communities, while also providing environmental benefits.

Because humans eat so many different species of seafood in so many different forms – and because there is huge geographical variation in what people like – I could certainly imagine a world where the alternative seafood industry is operating on many levels and scales to serve everyone.

Do you believe that alt seafood could one day replace some traditional sources of seafood, and what are the pros and cons of this occurring?

It’s a bit hard to predict, especially given the still-growing aquaculture industry. While alternative seafood will probably supplement conventional seafood in the near term, I think we could certainly imagine a world where alternative seafood replaces some conventional production, especially the more industrial-scale seafood production, where consumers are purchasing fish despite the production method (not because of it). Giving people more options for how their seafood is produced is a win-win for consumers and sustainability.

Experts in the fisheries economics space often cite the need for coordinated policy to influence incentives and ensure that alternative seafood really makes a difference in the health of our oceans. Funding for alternative seafood research and development can be one element of broader policies that seek to reduce IUU fishing, establish marine protected areas, and increase accountability in the growing aquaculture sector.

Senior editor
at The Fish Site

10 changes for heart health in diabetes